The Manchester Flames U16 team just returned from Wayne NJ, where they competed for the Tier II 16U USA Hockey National Championships.  The team earned their spot in the championships by sweeping the Granite State Playoffs back in November 2015.

The team started out the tournament strong with two wins against Wyoming (6-5 in a shootout) and Nebraska (4-2) and were the only undefeated team heading into the third game against Oklahoma City.

The team struggled a bit in the third game and took quite a few penalties, but were able to rebound in the third period and make the game competitive, eventually losing 5-3.  Despite the loss in the third game, the team still earned a spot in the semi-final game against Wyoming.  Unfortunately the team did not fair too well against Wyoming this time around and lost the game 5-0, earning a respectable third place in the tournament.  Team Wyoming went on to win the championship against Oklahoma 4-2.

The team, which was awarded the bronze medal at the conclusion of the tournament, accomplished a lot of its goals this year and is very proud to have represented the state of NH and the MRYHA organization in this prestigious tournament that eludes so many hockey players.

The team consisted of the following players:

The team is coached by Troy Spencer, Chris Platek, and Mike Bayer. 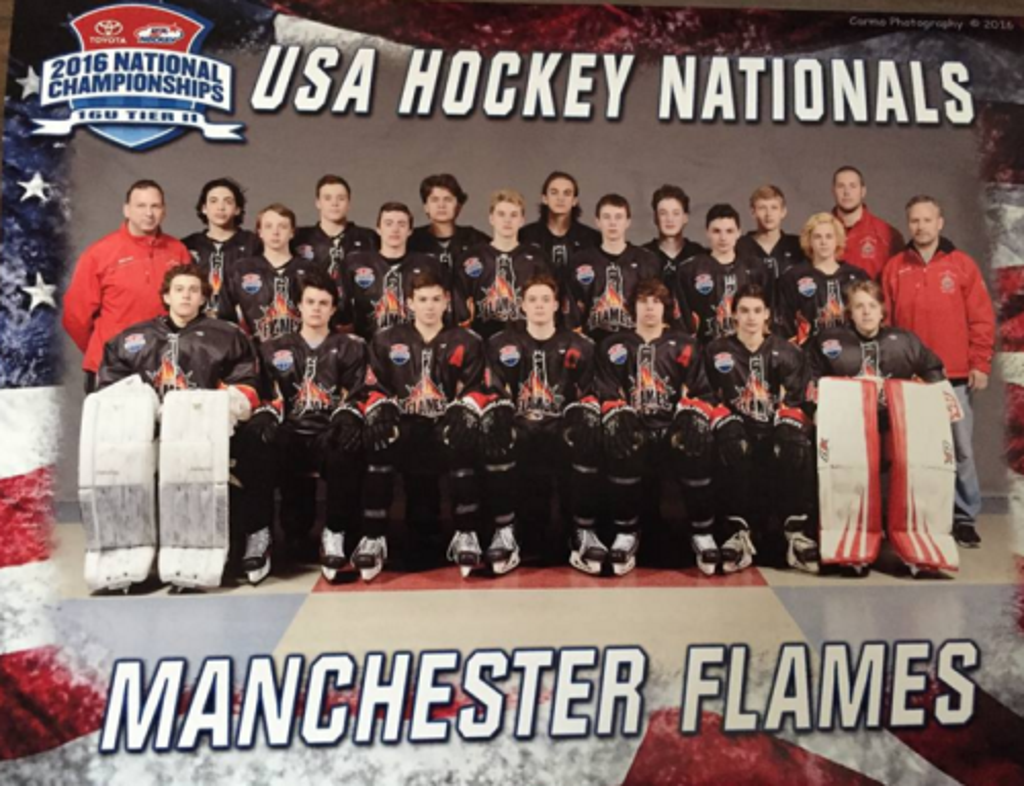