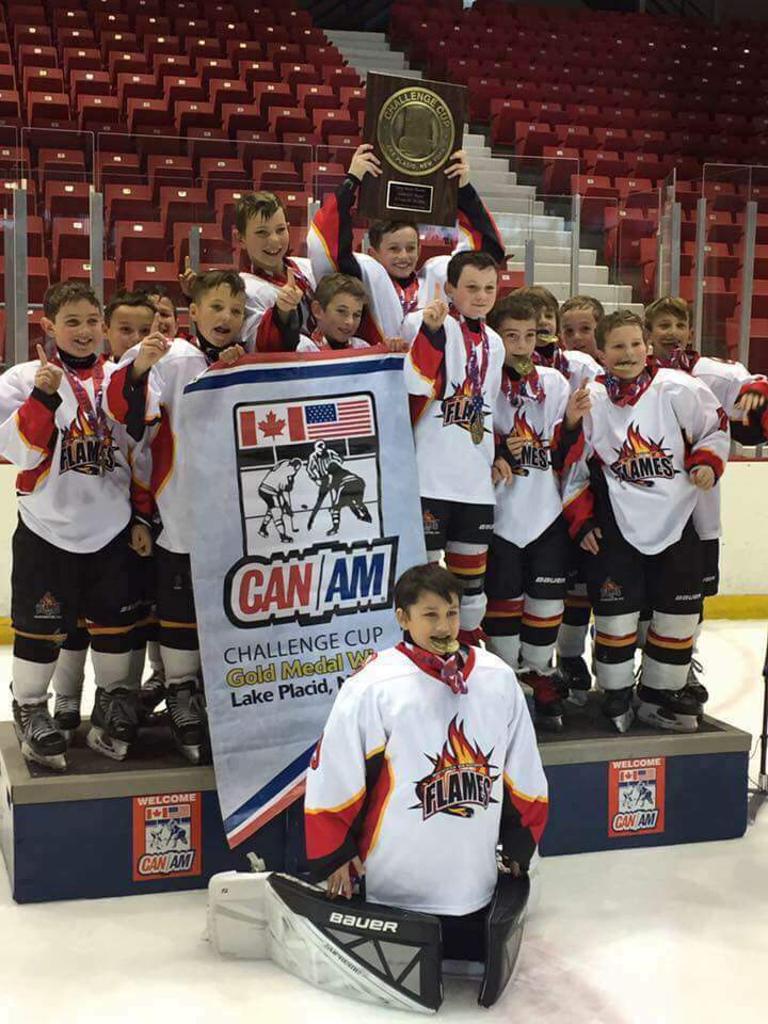 The Squirt Major 1's headed up to Lake Placid, NY this past weekend and came home with some serious hardware, winning the event as well as a number of skills events.

After a torch-lighting ceremony in the 1980 rink, the Flames beat the New England Wolverines and Syracuse Blazers during the tournament's first two games.

The Flames then faced off against the Bay State Breakers, a team from their league whose current record is 7-1. The boys played a solid game where they heavily out played them yet ended up tying 2-2.

Half way through the tournament the team entered the skills challenge for all teams in the tournament, where they showcased their skills developed from all of the hard work in practices, and swept in dominant fashion.  Out of the nine squirt teams in the tournament, they won not only the shootout challenge (Braden Kiley), but also the speed relay challenge which involved 4 skaters (Noah Bless, Harry Dermody, Alex Pelletier, and Elliot Groenewold) each of whom were voted on by their teammates to represent the Flames. The four boys destroyed the competition winning two heats and finishing the final heat almost half a rink ahead of the competition, which really set the tone for the rest of the games.

After the skills event, later that afternoon the next game was a tough match up against the Port Perry Predators of Ontario. They were by far the biggest team in the tournament where two out of their three centers were taller than the ref dropping the puck. But the Flames battled hard to defeat them 4-0 and hand them their first shut out all season long!

That meant the Flames also clinched a spot in the gold/silver medal round.

To no one’s surprise the Flames ended up facing the Bay State Breakers, who also beat all three of the other teams in the Albertville division with a close 2-1 victory over Port Perry Ontario.

In the finals on Sunday morning our boys delivered a USA 1980-type performance and won the gold medal game 3-1.  Once again, the coaches, parents and all family members are extremely proud of this team’s accomplishments. 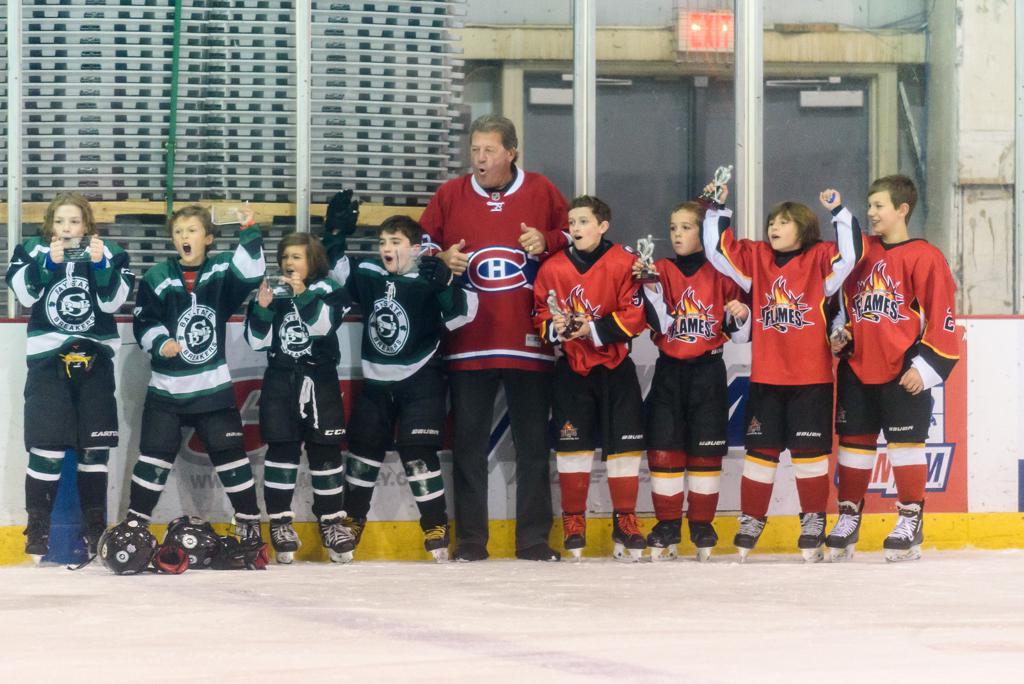 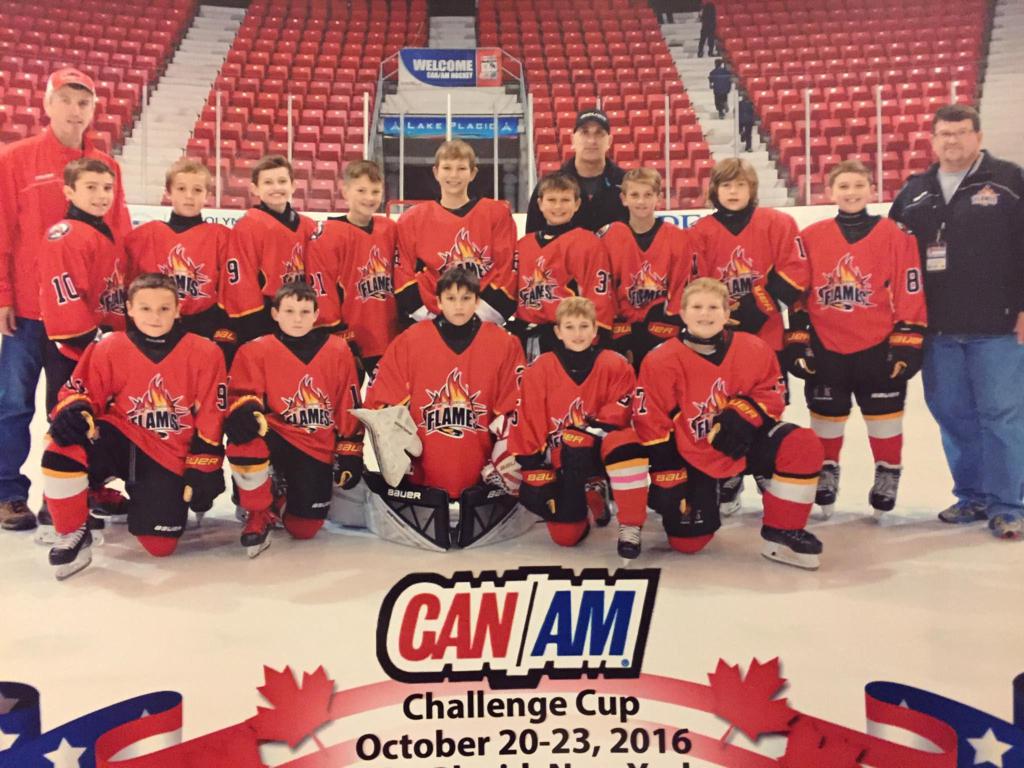