The Michael Sanford Memorial Scholarship was established in 2018 and is awarded to deserving MRYHA players - to pursue their passion of hockey, in hopes of one day winning the cup themselves. 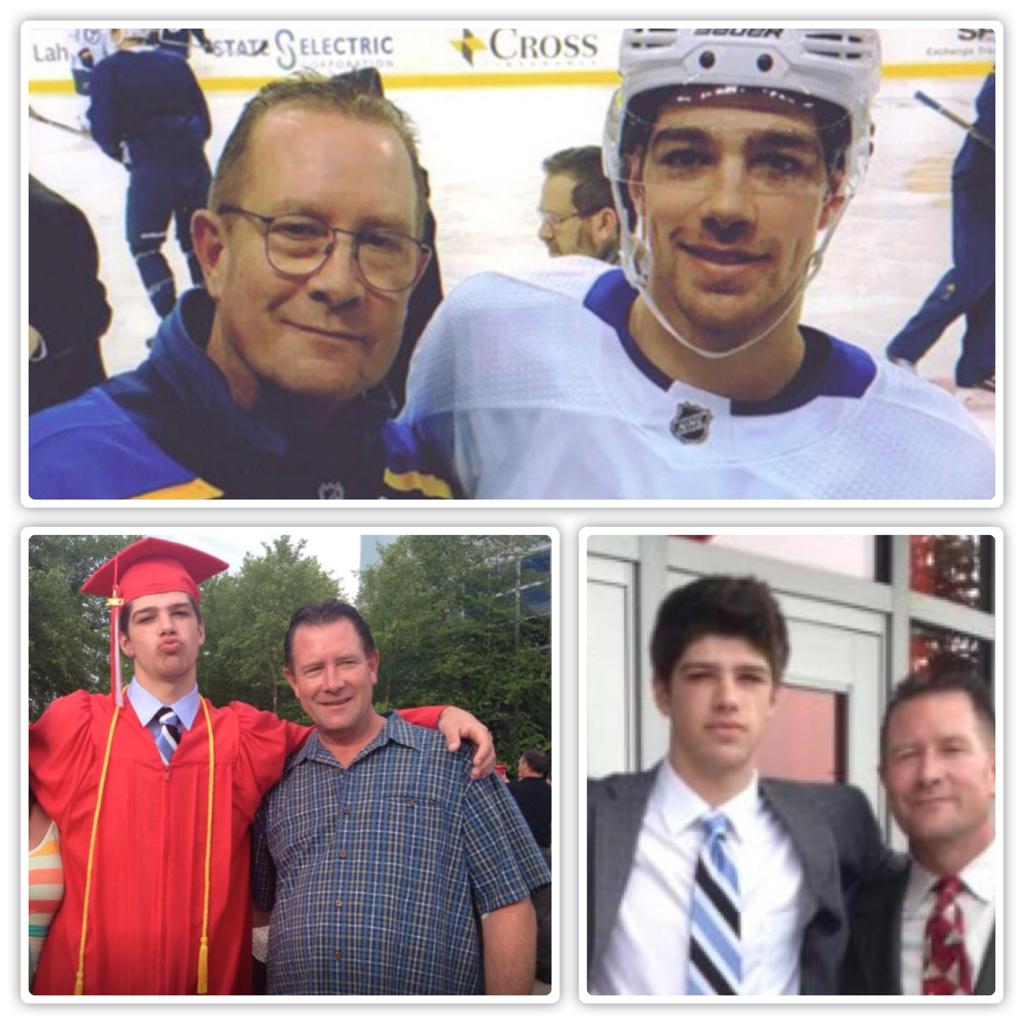 Zach and his dad Mike 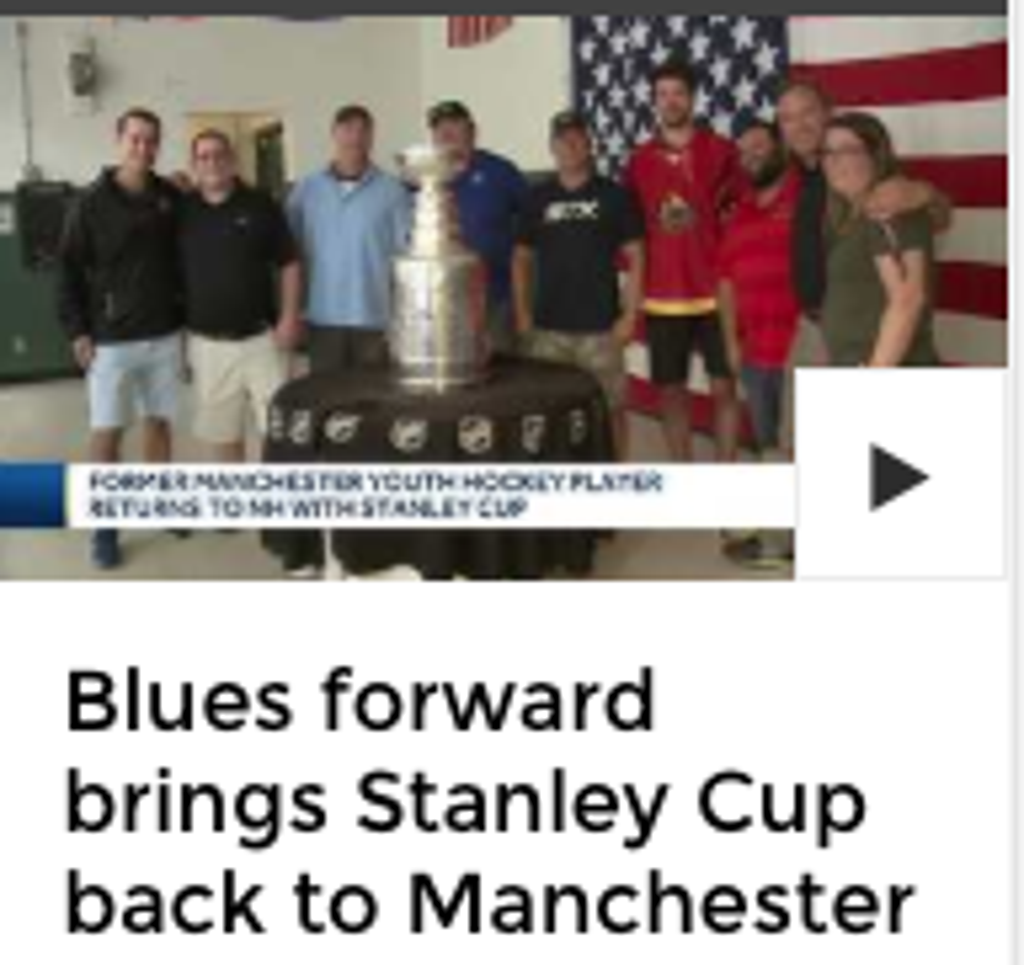 An NHL champion who got his start on the ice rinks around Manchester brought the Stanley Cup to New Hampshire on Monday. 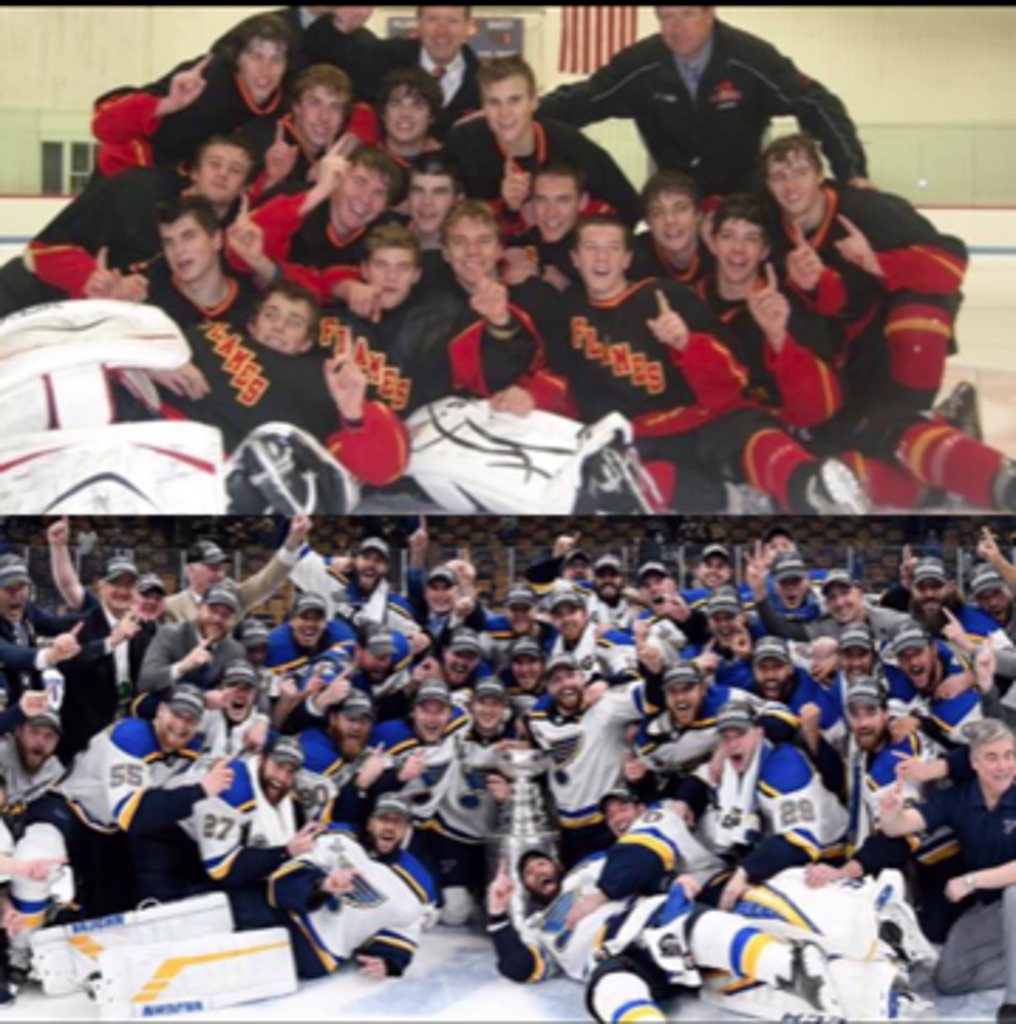 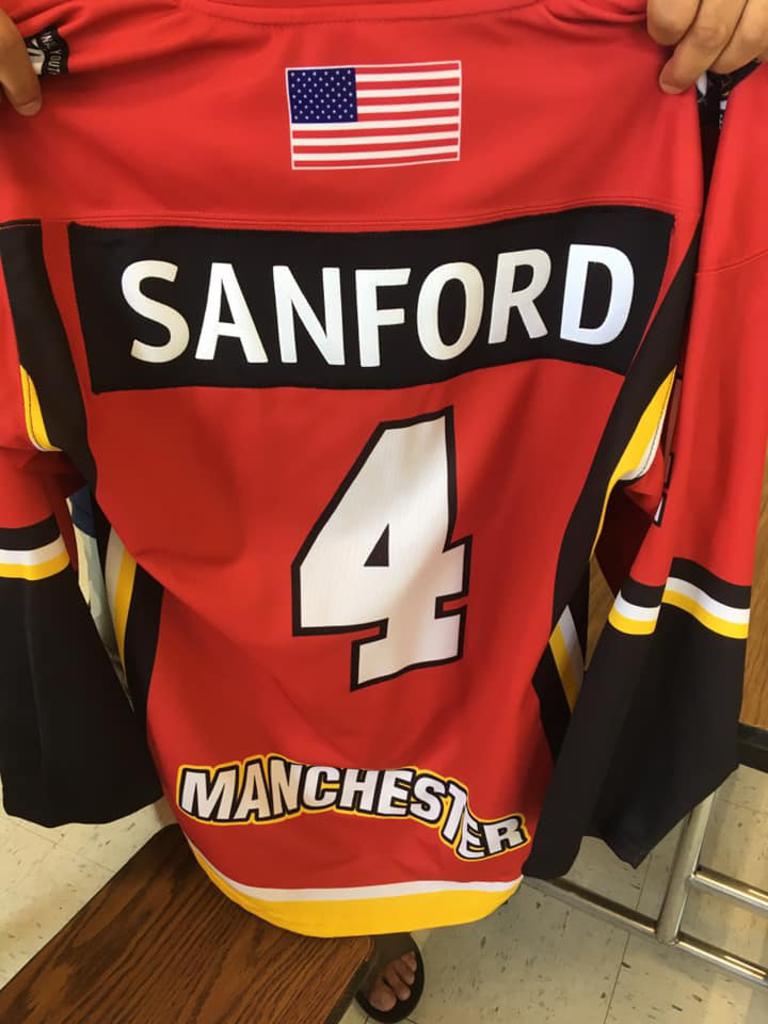 BOSTON — Manchester, New Hampshire is about an hour minute drive north of Boston, so when Zach Sanford was growing up he was a die-hard Boston Bruins fan. He would watch the games on television with his father, Michael, soaking in the experience of seeing his heroes playing on the Garden ice.

Michael Sanford worked at a restaurant, but when the hours cost him time to be a hockey dad. He decided to start his own furniture repair business, which allowed him to be around more with Zach as his youth career progressed, eventually leading to Michael becoming his coach.

Sanford’s father never got to see any of his son’s NHL games, and last September, Michael Sanford suffered a heart attack in his sleep and passed away at age 54.

When Sanford went home to attend the funeral, he couldn’t stop thinking about the final conversation he had with his father.

“It was just before our first preseason game in Dallas,” Sanford wrote on the Blues’ website in October. “Most of our conversations were pretty similar: How you doing? What’s new? What are you up to? And then came the typical dad pregame speech: Keep the feet moving and play hard. He was always coaching me, even until the very end. He may not have known the most about hockey – he never coached in the pros or anything – but he knew about hard work and how important that was in anything you do, whether it was selling newspapers, performing surgery or playing hockey. He said you had to go 100 percent all the time. That was probably one of the last things he told me.”

The 24-year-old Sanford experienced his first full season in the NHL in 2018-19, playing 60 regular season games and eight in the postseason, including five in the Stanley Cup Final. He made the most of his time in the lineup, exhibiting the work ethic his father instilled in him, by assisting on three goals earlier in the series — like the wild between-the-legs pass to Ryan O’Reilly in Game 5— and scoring the Blues’ fourth and final goal in Game 7.

It was a perfect ending to a season that started off so somber.

“I don’t know if you could write it any better,” Sanford said following Game 7. “I think he helped us out a lot along the way, and me, especially. I miss him. I think about him all the time. I guarantee he’s smiling, cracking a nice cold beer up there.”

As the Blues made their march to the Stanley Cup Final, Sanford kept his father’s memory with him, thinking about him every day, using that energy as a positive during an intense time. It paid off, and he proved to be a valuable piece on the ice in the seven-game series.

Sanford scored with 4:38 left to play in Game 7. It was the goal that allowed the bench to breath and come to realization they were going to be champions.

Michael Sanford was definitely smiling down, so proud of his son.

“I couldn’t dream of scoring a goal in a game like this, let alone winning,” Sanford said. “I know that [my dad is] watching and how proud he probably is. All the effort he put in over the years along with my mom, too, driving me to practices, all that stuff, and making me the person and player I am. I owe it all to them.”

Sean Leahy is a writer for Pro Hockey Talk on NBC Sports. Drop him a line atphtblog@nbcsports.com or follow him on Twitter @Sean_Leahy. 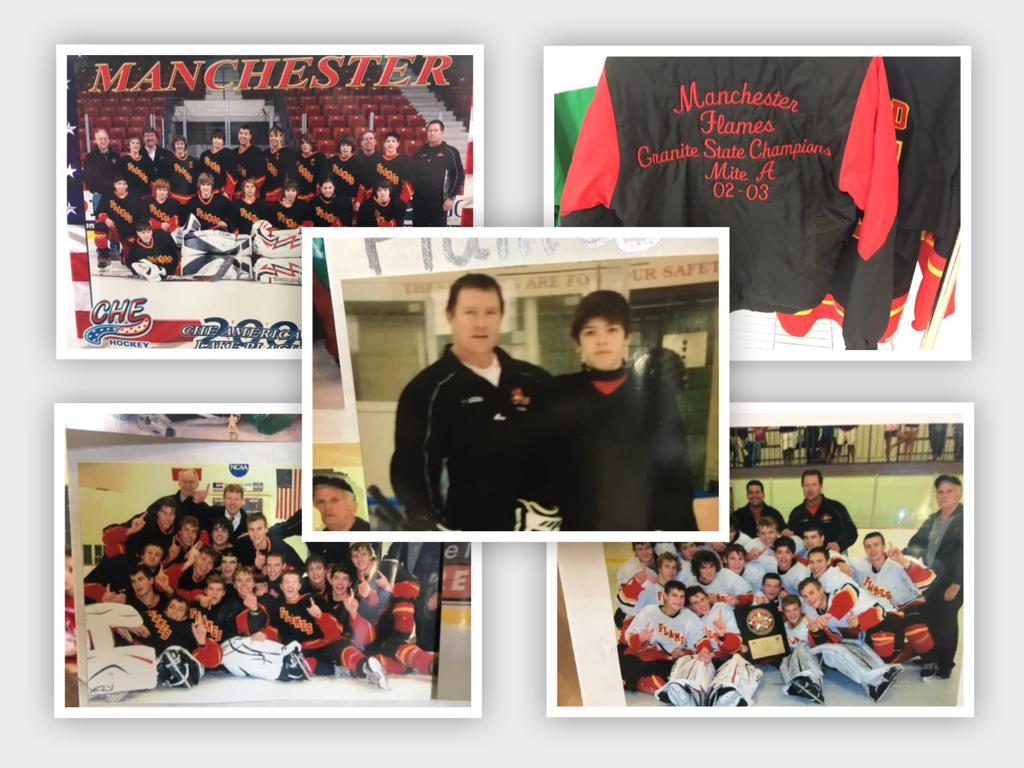 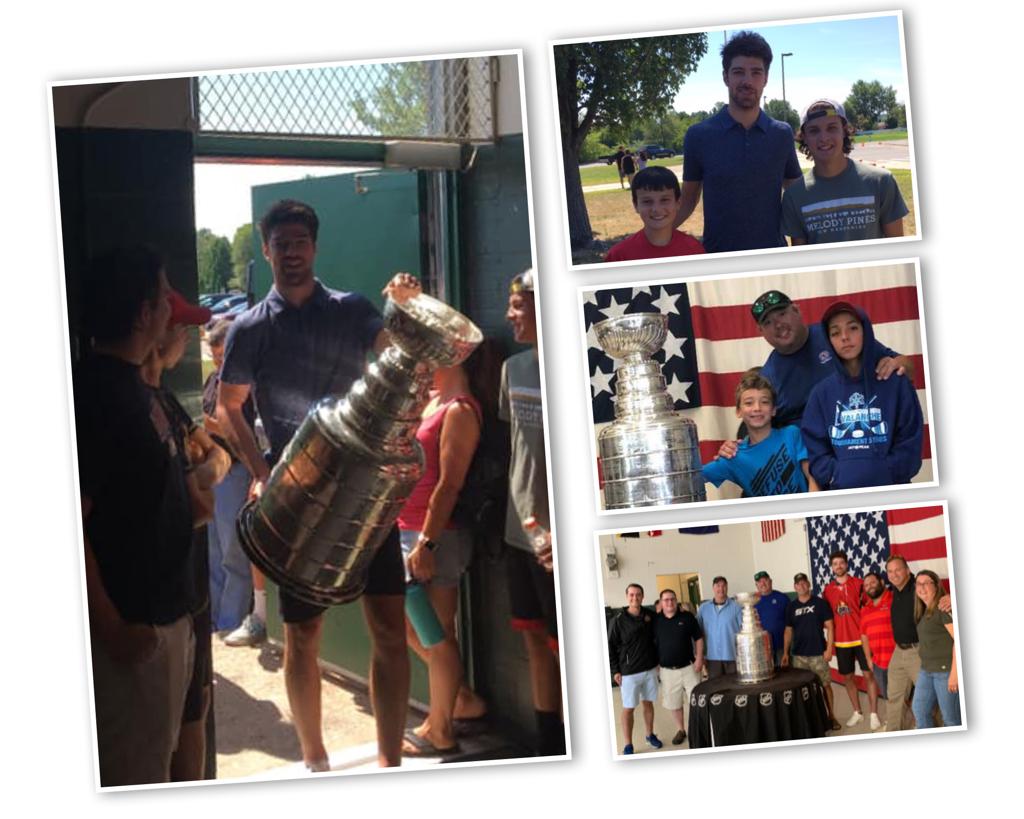